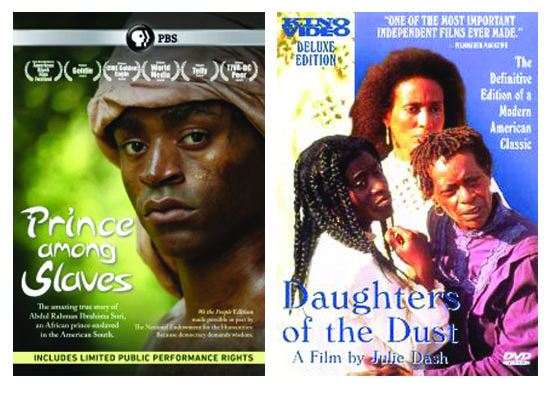 Prince Among Slaves his a docudrama based on the book of the same title by historian Terry Alford. It is the true story of Abd al-Rahman Ibrahima, an educated Muslim of elite ancestry, who was captured and sold to English slavers, and then enslaved in Mississippi in 1788. Call Number: E444.I25 P75d 2011

An African-American family struggles with a painful past and an uncertain future, as some members prepare to leave their island home to start new lives on the mainland. There is a character named Bilali Muhammad in the film (portrayed by Umar Abdurrahamn), an obvious nod to the Sapelo Island patriarch. Set in 1902 on a Georgia sea island. (112 minutes). Call Number: DVD PN1997 .D3773 2000 and PN1997 .D38 2000.

This moving documentary shows how a song passed down through the generations connects one Georgia Geechee family to a Mende village in West Africa. (52 minutes).