The month of June was chosen for LGBT Pride Month to commemorate the Stonewall riots, which occurred at the end of June 1969. As a result, many Pride events are held during this month to recognize the impact LGBT people have had in the world. 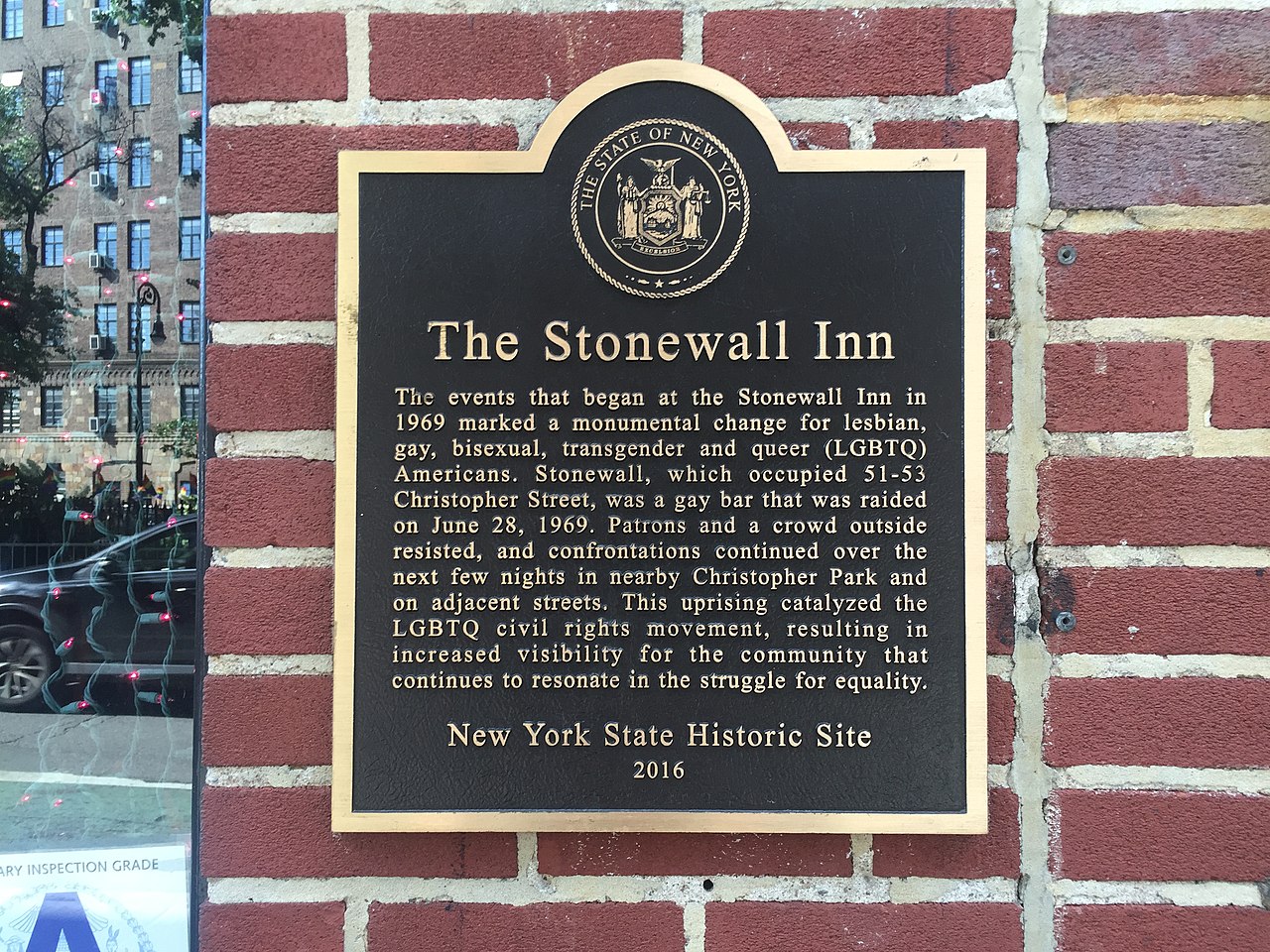 Originally constructed between 1843 and 1846 as stables, the property was turned into a restaurant in 1930. It remained a restaurant until it was gutted by fire in the mid 1960s.

On March 18, 1967, the Stonewall opened in the space. It was, during its time, the largest gay establishment in the U.S. and did a very good business, although, as with most gay clubs at the time, police raids were common. A few months after the rebellion that started June 28, 1969, The Stonewall Inn closed in late 1969.

It was located at 51–53 Christoper Street, between West 4th Street and Waverly Place, in the Greenwich Village neighborhood of Manhattan, New York City.

The legendary Stonewall Inn is the birthplace of the modern Gay Rights movement.  On June 28, 1969, the patrons of the Stonewall Inn fought back against what had become regular, tolerated, city sanctioned harassment by the police department.  For the first time in history Gay people refused to accept the status quo of oppression and stood up for themselves and, ultimately, the global Gay community.  The Stonewall Inn, and the rebellion here, became the iconic flashpoint that sparked the long, uphill battle towards equality for all members of the Gay community.   Often referred to as the “Rosa Parks moment” in Gay history the Stonewall rebellion paved the way for future members of the community to not accept treatment as second-class citizens but rather to expect that the LGBT community be treated as equals in the eyes of both the government and society at large.

In 1969 Police raids on gay bars occurred regularly.  It was illegal to serve Gay people alcohol or for Gays to dance with one another.  During a typical raid, the lights were turned on, the customers were lined up and their identification checked. Those without identification or dressed in full drag were arrested.   Women were required to wear three pieces of feminine clothing, and would be arrested if found not wearing them.   Employees and management of the bars were also typically arrested.

At 1:20 in the morning on Saturday, June 28, 1969, eight police officers arrived at the Stonewall Inn.  Approximately 200 people were in the bar that night.  But the raid did not go as planned. This time the patrons refused to cooperate.  The police decided to take everyone present to the police station, but the patrol wagons had not yet arrived, so patrons were required to wait in line for about 15 minutes.  Those who were not arrested were released from the front door, but they did not leave quickly as usual. Instead, they stopped outside and a crowd began to grow and watch. Within minutes, about 150 people had congregated outside.  By the time the first patrol wagon arrived the crowd had grown to at least ten times the number of people who were arrested.  A scuffle broke out when a lesbian in handcuffs was escorted to the police wagon. She fought with the police, and was hit in the head with a billy club for complaining that her handcuffs were too tight.  An officer then picked her up and heaved her into the back of the wagon.  That was the last straw for the already tense crowd

The crowd tried to overturn the police wagon.  Pennies, then beer bottles, were thrown at the wagon then bricks.   The police were then outnumbered by about 600 people.  Ten police officers barricaded themselves inside the Stonewall Inn for their own safety.  Garbage cans, bottles, rocks, and bricks were hurled at the building, breaking the windows.  A parking meter was uprooted and used as a battering ram on the doors of the Stonewall.  The Tactical Police Force of the New York City Police Department finally arrived to free the police trapped inside the Stonewall and with the larger police force they then detained anyone they could and put them in patrol wagons to go to jail.

By 4:00 in the morning the streets had been cleared. Thirteen people had been arrested. Some in the crowd were hospitalized, and four police officers were injured. Almost everything in the Stonewall Inn was broken. Pay phones, toilets, mirrors, jukeboxes, and cigarette machines were all smashed, possibly in the riot and possibly by the police.

News of the riot spread quickly throughout Greenwich Village and the next night, rioting again surrounded Christopher Street.  Thousands of people gathered in front of the Stonewall, which had opened again, choking Christopher Street until the crowd spilled into adjoining blocks.  Fires were started in garbage cans throughout the neighborhood. More than a hundred police arrived again and the street battling ensued until 4:00 in the morning.

On Wednesday, around 1,000 protestors gathered again.   Another explosive street battle took place, with injuries to demonstrators and police alike, looting in local shops, and arrests of five people. 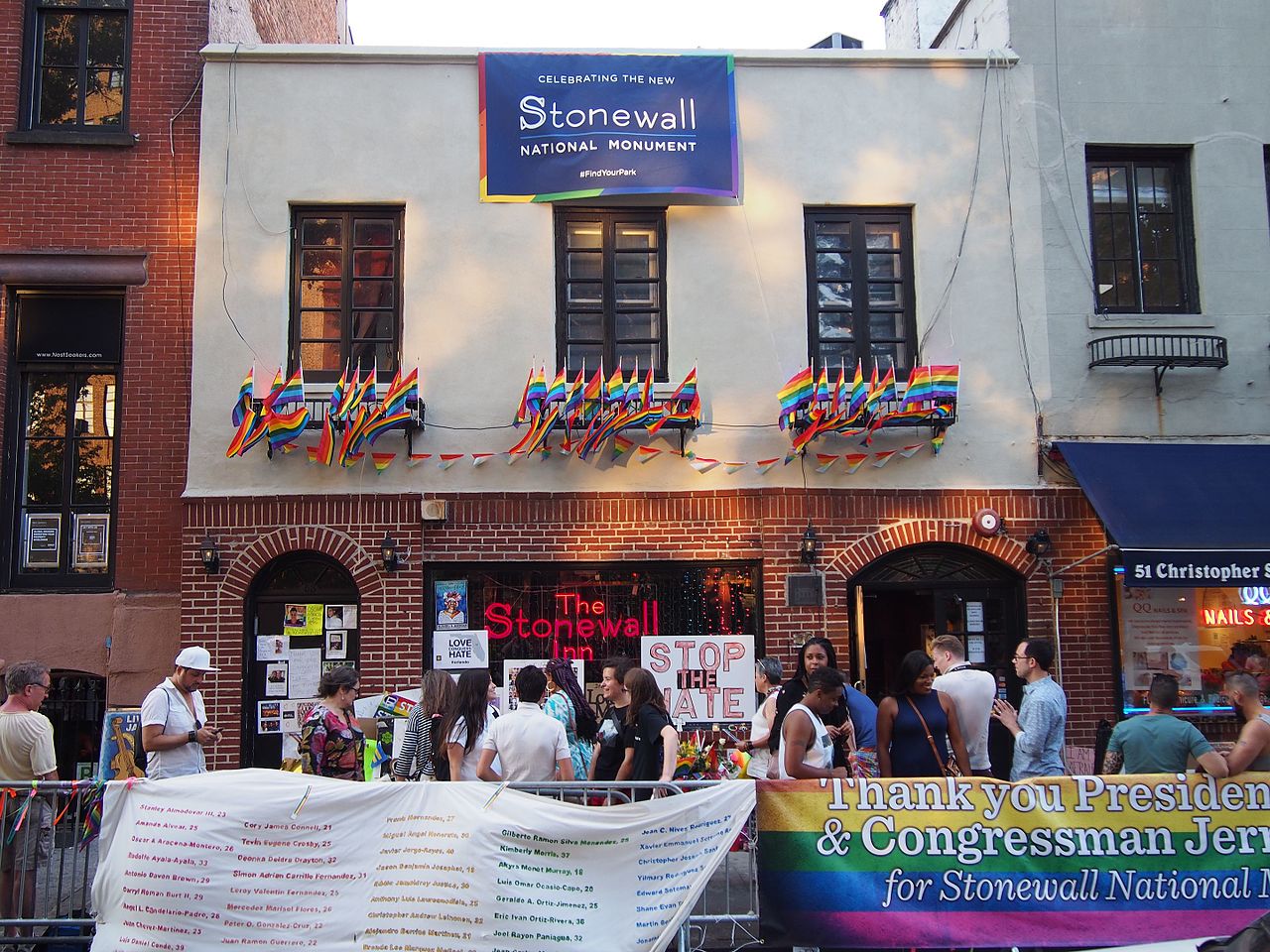 In 1990 a bar called "Stonewall" opened in the western half at 53 Christopher Street. The building was renovated and in 2007 it returned to its original name, The Stonewall Inn.

Both buildings are now part of the New York City Landmarks Preservation Commission's Greenwich Village Historic District, designated in 1969. The Inn was designated a National Historic Landmark in 2000.

Students, faculty, and staff are eligible for free passes to The New York Times online edition. Learn more in our guide.